Nodal Labs Limited, an early adopter in the field of blockchain recruitment, has gone into administration. The London-based firm appointed CVR Global as administrators this week, following months of financial difficulties.

Nodal Labs, which formed in September 2018, sought to utilise burgeoning blockchain technology as a way to streamline hiring. The company saw the distributed ledger technology as a means of sharing and verifying data for freelance and short-term contract workers.

Key use-case concepts included the ability to source skills or positions, and to use public verification of past work completed as a form of online referencing service.

Nodal initially launched to assist those working in the media to find placements. Yet the company’s underlying ideas could transfer to any other field or industry.

At the time the business ceased trading, it held 35 business clients and around two thousand freelancers and contractors using the service.

Why ‘too soon’ can be as costly as ‘too late’

While weak financials finally did for Nodal, the underlying tech concepts were seemingly robust. Could the ideas behind the failed firm work in the future; was it a case of ‘too much, too soon’? The story of Nodal Labs’ difficult year is perhaps one of icarian ambition.

2019 began strongly for the firm. In February, they appointed marketing gurus M&C Saatchi to handle all press and promotional work. In March, they secured a lucrative deal with recruiting and HR enterprise Minstrell. The agreement was reported at the time to be worth £250 million – although Mistrell only reported turnovers of £30m.

But the blockchain entrepreneurs faced severe cashflow difficulties throughout the short lifespan of their company. In September, it was reported that Nodal employees had staged a ‘coup’, after the firm failed to make payroll over multiple consecutive months.

In September of 2018, eBoss outlined the blueprint for possible blockchain use-cases in recruitment. The technology allows users to share sensitive personal data in a secure, anonymised form. On-chain contracts also provide a platform that simplifies the verification and collection of fees based on work done. Blockchain ledger technology means clients cannot ignore or refute the added value of recruitment work in the hiring process. 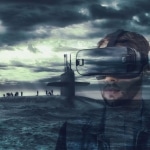 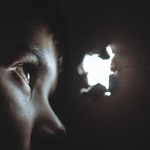