Japan’s rigorously traditional approach to graduate hiring has started to evaporate. We look at how new pressures and demands have sparked a recruitment revolution across the country.

Every April in Japan, thousands of new graduates begin a highly formalised recruitment process. Dressed in matching suits, and working their way through a hectic circuit of career seminars and interviews, hopeful candidates work tirelessly to secure a place in one of Japan’s top firms.

Shūkatsu (“Job hunting”) is a high-stress process for candidates. But gaining a position within a prestigious firm will not only look good on a graduate’s CV. Historically, positions secured in this fashion would secure a job for life, with clear and sustained career progression.

It is tradition which began suddenly, in 1953. And it has successfully produced a guaranteed workforce for core industries during post-war labour shortages.

Shūkatsu become a part of the national psyche. But that could soon change.

Why the old ways stopped working

The Shūkatsu process was initially formed through a cooperation of more than 1,000 top companies. These firms agreed upon the system to ensure that each had a steady supply of new recruits every year.

But, starting in 2020, the same companies – and their candidates – will no longer be tied to the strict Shūkatsu system. A changing workforce – and a shifting population demographic – will then be able to take advantage of new recruitment methods.

The reason for the changes? The old ways were proving unworkable in today’s recruitment landscape. Two generations of low birthrates have created persistent skills gaps in Japan. In this respect, the country is a precursor to the hiring struggles that we in the West are only beginning to get to grips with today.

And now, for the one thousand employers who signed up to the 1953 agreement, the Shūkatsu system has become a hindrance rather than a help. Enterprises outside the agreement have ‘jumped the queue’: snapping up skilled individuals earlier in the calendar year, beating the more established firms to0 top talent every year.

Coupled with the growing appeal of international work experience among Japanese youth, the old ways have fallen out of favour among the country’s student population, as well as business.

A change in working culture leads the new way

In fact, cultural attitudes between the generations has been the fuel for change.

A traditional Shūkatsu job listing will appear very similar to an old fashioned vacancy in the West. Salary and duties are the focus.

But new companies which recruit outside the Shūkatsu system have taken a conscious approach to hire for outlook and soft skills, not financial reward.

The change reflects a belief among the country’s young professionals that passion and values offer greater workplace appeal than pay grade. The “Salaryman” is a widely-known national stereotype: the highly paid and overworked corporate employee who relishes duty and responsibility. But the image is no longer seen as aspirational among this generation of ambitious and career-orientated recruits.

The Keidanren – the association of firms which abide by the Shūkatsu process – have not yet created their new recruiting guidelines. But there is evidence that the shift in hiring culture has carried on without the establishment.

“I thought that there might be a change in 20 years. I certainly did not expect it so soon”, says former Goldman Sachs employee Akiko Naka. Ms Naka is now the founder of Wantedly – a job-seeking platform for new graduates. Ms Naka points to problems within the old system – suggesting that students are habitually “applying to a company for its brand status”.

“When you’re a student, it’s difficult to see the wider picture. We’ve all fallen into the trap of following the big crowd and have missed out on discovering what else is out there.

With the shūkatsu system, there has been a disconnect between the degree you’re studying for and finding a role relevant to it. there is a need for other great companies who are lesser known to have that same opportunity.”

Recruiting lessons for the wider world

Japanese culture is ofren characterised as holding highly traditional values. But that ignores its readiness to embrace change, too, when the future demands it.

The changes to the Shūkatsu graduate recruitment programme represent an exciting time for domestic job-seekers. For those of us looking in from the outside, it is a valuable lesson, too. Even the most set-in-stone processes can be replaced when they fail to deliver for the demands of the modern world. 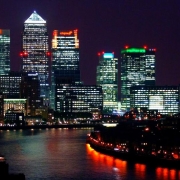 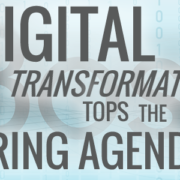 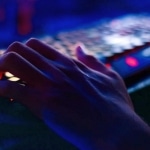