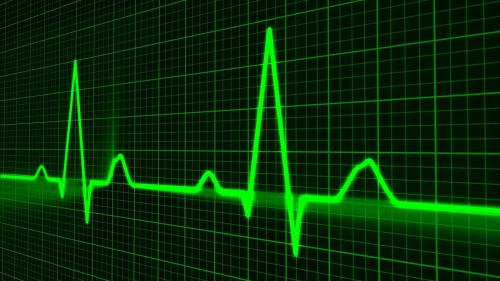 Hiring sentiment remains strong, despite uncertainties.
The ONS has released its latest set of jobs market figures. The report, which covers employment rates and pay for the months April–June 2019 shows evidence of a slight cooling in the jobs market. eBoss evaluates the figures.

But this month we are going to do things a little differently. For the first time, we will take Big Data published by three separate organisations, and see how they confirm – and conflict with – one another’s findings.

The UK maintained its joint-highest rate of record employment in this month’s report. Standing at 76.1 per cent, the UK rate of employment is now higher than at any point since records began in 1971.

Economic inactivity also matched all-time lows, standing at 20.7 per cent. However, as we have previously examined male economic activity has risen steadily over the past three decades. The net decline is attributed to the large reduction in female inactivity since the 1970s.

Perhaps the most significant data set from the month’s report was confirmation that vacancies have slumped. For May to June 2019, there were an estimated 820,000 vacancies in the UK. That is 20,000 fewer than in the previous quarter. The figures maintain an overall decline in new vacancies that has persisted since the beginning of 2019. The data is the first indication that the UK’s booming jobs market may be reaching its market top – for the time being, at least.

Other data found that earnings had risen across most sectors. The average rate of increase for take-home pay was 3.9 per cent in nominal terms. This translates to a real-terms increase of 1.9 per cent once adjusted for inflation.

• You can download the full ONS report as a pdf document here.

The next set of figures are those of the British Chamber of Commerce.

While ONS data uses government statistics and voluntary surveying, the BCC uses figures collected by the jobs board TotalJobs.

Hiring sentiment remained strong during the second quarter of 2019, with six in ten (60%) UK businesses attempting to recruit. This is an increase on early 2019 figures, which saw 53 per cent of firms looking to hire.

However, signs of a slowdown were echoed in the TotalJobs data, too. 64 per cent of firms founding hiring a challenge this quarter – a 9 per cent fall from the previous quarter (73 per cent).

So what can this mean? While more businesses were hiring, fewer were reporting difficulties in doing so.

Perhaps (as the ONS figures would support) a less competitive jobs market is seeing more organisations competing to fill fewer vacancies. If larger firms have completed a “dash for skills” in the first part of the year, hiring may be easier for smaller enterprises today.

But perhaps more troubling for recruiters was the suggestion that just 30 per cent of enterprises planned to hire in the next quarter. This would indicate a substantial drop-off in hiring sentiment from current levels.

Finally, we have data from jobs board CV-Library, via OnRec.

In contrast to our other data sources, CV-Library reported an increase in vacancies for the period ending July 2019.

The jobs portal reported a 5.3 per cent increase in vacancies in July. The net total number of jobs listed was the highest it has been since October 2018. The year-on-year growth was even more pronounced: a 14.9 increase on figures from July 2018.

But vacancy growth was tempered by an increase in applications, too. CV-Library found higher volumes in applications from all parts of the UK, with Edinburgh (23.3% increase) and London (22.9%) leading regional growth figures.

But, while official government statistics find fewer opportunities for jobseekers, this private data finds growth across the UK market.

So which figures are right?

When we have conflicting sets of data – and no obvious reason why one party would falsify their numbers – we have to ask why.

In fact, the question should be: whose figures are most accurate?

In this situation, the obvious answer is that the ONS gives the most accurate overview. They take figures from multiple sources and from centralised government departments. If we want to take an overview of the national jobs market, we may naturally assume that this data is the most accurate.

By contrast, the data published by a private organisation will always be influenced by the activities of the enterprise itself. Perhaps a jobs board has just expanded. Maybe it has begun a nationwide advertising campaign for the very first time. These factors will influence the data that it produces.

But does this mean that the data of private enterprise is less valuable? Not exactly. For those of us within the recruitment industry, the front-line experiences of other organisations can be incredibly valuable to us.

As a snapshot of enterprise health at any given time, the private data is almost as valuable. It allows agencies to discover where growth potential may lie. As recruiters, we follow the source of fresh talent. By finding out where growth in applications is more prominent, we find the source of new talent pools, too. 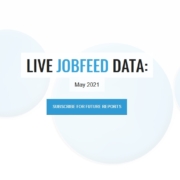 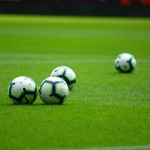 Upskilling: The Cost to Your Agency | UK Recruitment News Scroll to top