As the Office for National Statistics (ONS) publishes its official figures, we look at the impact of coronavirus and furlough schemes on the UK labour market.

The reversal in fortunes reported in last month’s job vacancy news continued in September’s report. The 10 per cent growth in vacancies recorded last quarter is further improved upon. The number of vacancies rose by 30 per cent between June and August 2020, to 434,000.

this will be incredibly welcome news for recruiters. The perceived problem within our industry has been an increasing workload due to rising volumes of new applicants – but a shortage of sales opportunities as hiring sentiment fell. This quarter’s steep increase in vacancies provides recruiting firms with a lifeline of sales opportunities. Despite the welcome improvement to the job market’s health, it is valuable to keep some perspective on the developments. The sales potential is still approximately half that of the same period twelve months earlier. Though there are signs of improvement, recruiters have a long road back to pre-COVID normality.

One of the emerging narratives we will find in this month’s report is the inequality with which pandemic effects are felt.

In terms of vacancies, there are strong recoveries in several sectors, while others continue to struggle. Construction (+4,000 vacancies) and transport & storage (+3,000 vacancies) saw the healthiest growth. Meanwhile, Wholesale and retail trade saw the sharpest increase in placements, with an additional 51,000 workers added to the sector during the period of study.

In contrast, arts, entertainment and recreation was considered the sector hardest hit, in terms of another metric. With a vacancies-per-employee ration of 0.5 in the sector, the media-related industries were the hardest hit by the lockdown.

Unemployment increased by 62,000 during the period of study to a total of 1.4 million people. However, this is not due to accelerating redundancies; and highlights the triangular relationship between employment, unemployment, and economic inactivity.

Unemployment increased, but so did overall employment – by 0.1 per cent to 76.5 per cent. In total, 32.98 million people are employed in the United Kingdom.

This suggests that while some economically inactive people are re-entering the employment market as applicants, another section is entering directly into employment. Because out of work individuals are not categorised as unemployed if they have not sought employment within the last three weeks, many early redundancies at the beginning of lockdown will have fallen into the inactive category. As lockdowns end and job hunting becomes a more practical option for more people, this segment is depleting rapidly, with both the number of employees and active jobseekers increasing as a result.

76.5 per cent of working age Brits are currently employed – meaning a slight increase over last quarter. But employment is the second field to expose inequalities in COVID fallout: with younger workers being disproportionately affected by a slowdown in hiring.

In this period of study, employment among those aged 16 to 24 fell by 156,000 to 3.63 million. Adults in this category (18-24) accounted for the majority decline (146,000 fewer in employment). By contrast, there was a combined increase of 236,000 25 to 64 year olds in in work, showing that the affects of lockdown have not necessarily been equally distributed.

While there has been a slight increase in this quarter, the overall decrease in cumulative hours worked in the three months to July stands at 183.8 million.
• READ PREVIOUS REPORTS HERE. 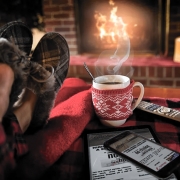 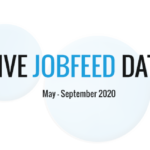 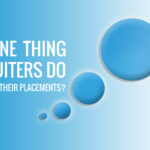