We sum up the recruitment news headlines of the year

2021 is drawing to a close and, for many, a fresh start could not come fast enough. It has been a challenging twelve months for everyone

The year started with Britain living under the most severe pandemic restrictions to date.

Our annual poll of user intentions for the year ahead had found more than one in ten (11%) of recruitment firms choosing Survival as their immediate priority.

However, there were still opportunities for those well positioned to capitalise. More than a quarter (28%) of firms were eyeing growth in market share as their primary objective.

The nature of our working life had also changed immeasurably in the last year. To reflect this, we launched our New to Recruitment series of guides. These articles provide a starting point for individuals going it alone in recruitment for the first time.

The new month began with some positive news at eBoss, as we were shortlisted for the Digital.com Best Recruiting Software award of 2021.

We were naturally delighted to receive this recognition. The award was a response to our development of the Match and Jobfeed tools which we were able to successfully integrate and roll-out despite working through the height of the pandemic lockdowns.

Head over to the awards page to read eBoss’s comments on behalf of the development team.

As the year progressed, it became clear that recovery was not being felt equally across the board.

For the first time, we employed the Jobfeed data to examine regional job markets.

By isolating our vacancy searches around a shortlist of UK urban hubs, we were able to gauge the rate of job creation across different parts of the British Isles.

Working alongside top recruiters, we gain various insights from the front line of the industry. One trend we encountered many times throughout the pandemic was how agencies were using downtime to modernise performance.

Taking this good advice to heart, we looked at ways recruiters could address one of the big challenges: unconscious bias.

We examined both behavioural and technological advances that are being adopted by industry leaders. With important progress being made in this area of recruiting, it is welcoming to know that removing bias can be quick and affordable.

Also this month, eBoss picked up our second award of the year. This time, our support team picked up the Software Suggest award for best recruitment software support of 2020-2021.

As Britain slowly returned to a more normal working week, recruiters began counting the costs of the disruption. It was no secret that many excellent firms had closed during the pandemic. Consequently, a lot of top recruiters were all now seeking new opportunities to work.

With that in mind, we launched the eBoss Insider newsletter. This additional service utilised Jobfeed data to collect all recruitment industry vacancies in Britain – and make them freely available to subscribers. The Insider was the easiest way for recruitment professionals to discover new opportunities following the disruptions of COVID-19.

Come June, the most restrictive lockdown measures had been lifted across the British Isles. As businesses opened up again, recruiters began to get a sense of their own “new normal” in the jobs market.

Using our integrated Jobfeed technology, eBoss researchers predicted more than one million vacancies in the UK job market. This figure outlined the extent of the worker shortage in post-pandemic Britain.

This was later shown to be an accurate projection, as one million vacancies were indeed reported across all major media a little over a month later. This makes eBoss the first to report on the one million vacancies – and demonstrates the versatility of the Jobfeed system in providing market insight, as well as sales opportunities.

As reports of one million vacancies broke in the mainstream press, commentators and policymakers attempted to grapple with the causes of labour shortages.

Reporters seized on a number of false positive cases. They found workers who had been instructed to stay at home, despite not encountering infected individuals. In some cases, the “over-sensitive” tracker app had been triggered through walls of adjoining houses.

At the time, eBoss sounded a word of caution. Again, using the Jobfeed integration as a research tool, we found little evidence of sudden spikes in short-term and temp contracts. Meanwhile, permanent vacancies continued to grow in number.

Months of staffing shortages meant job orders were starting to pile up on many recruiters’ desks. To add to their woes, August brought us news of another cultural shift: mass resignation.

Apparently, many of us had taken the COVID lockdowns as an opportunity to re-appraise our own lives. Many of us decided that isolation created the perfect opportunity to change career.

The “resignation epidemic” meant even more open job orders appearing on the market. It also found a steady decrease in the numbers of available workers.

Also this month, we investigated the scope and potential of NFTs in recruitment. Could we one day work use CVs that are minted on blockchains? It would mean fairer fees, greater transparency, and an end to hiring bias in all of its forms. However, there are risks and obstacles along the way…..

With all attention on pandemic restrictions, there was a risk of losing sight of how Brexit could shape recruiting. In September, we assessed the impact of Brexit on recruitment and, specifically, data management.

Currently, the UK adheres to GDPR regulations. But, in coming years, it is possible that Britain’s rules will diverge from the existing laws. We covered the impact that could have on recruiting agencies – and outlined some of the tough decisions that many of us will be forced to make.

October saw the culmination of a year’s hard work at eBoss. It was in this month that we began the roll-out of our new eBoss 360° service on the public servers.

Using technology developed by our partners idibu, eBoss 360° brings a new level of sophistication to your system. Along with multi-channel job ad postings, the 360° system also allows you to collect new job applicants from all across the web. Every new application arrives on your 360° view within the eBoss system. From there, it’s just a single click top import every new applicant to your database – and a profile page is automatically generated for each.

As the candidate shortage persisted into November, we looked at some of the responses being adopted by recruiters to lessen the impact.

In this article, we paid particular attention to marketing as an effective strategy to improve outcomes. How can you make your vacancies more visible? How can you improve the ratio of quality applicants for your available roles? From writing better job adverts to publishing engaging copy, we consider marketing approaches that help to close a skills gap.

Which brings us neatly to the end of the year. 2021 has certainly been a challenging period in recruitment. It has seen the shape of the job market virtually turned on its head. It has seen consultants tackling novel and unexpected obstacles to growth. The year has been characterised by consolidation and survival for many. It’s fair to say that, having made it this far, we are all entitled to a well-earned break to refresh and re-energise over the festive period. What will the New Year bring? Nobody would want to make that prediction – so subscribe to stay up to date on the latest, breaking news. 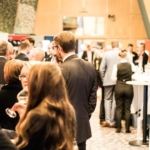 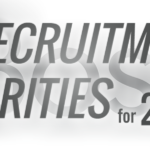