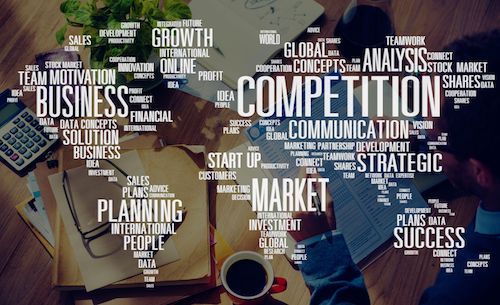 “May you live in interesting times” is a famous Chinese curse. Today, many recruiters will no doubt sympathise with that old proverb’s negative take on uncertainty, as they consider their own prospects for the year ahead.

It is hard to recall a time of greater political and commercial change, and the recruitment industry finds itself on the front line of those bearing the brunt of an anxious twelve months in 2017. From the Brexit negotiations, to the emergence of Donald Trump in the USA and the resultant doubts over the future of the TTIP and NAFTA agreements, barriers to employment and trade are being re-drawn around the globe.

Yet, as businesses and employees contemplate a future of changing freedoms and worker-related options, it would be wrong to conflate uncertainty with pessimism. Change is bringing fresh challenges; challenges demand skills to produce a solution. Recruitment firms remain the most effective way for businesses to source those requisite skills and that, at least, should offer some comfort.

But what do we mean when we say that agility will be the deciding factor in determining the fortunes of recruiters in the next twelve months?

Agility comprises three elements: responding quickly to new opportunities; possessing the means to overcome new obstacles; and having the capacity to diversify one’s own offerings and stay relevant as the nature of recruitment changes.

A timely illustration of opportunistic agility can been found in the rise of the Brexit Manager: a new tier of management whose expertise will steer organisations through the pitfalls of Brexit negotiations. While a single new vacancy may not be enough to guarantee the fortunes of every recruiter by itself, it demonstrates how difficult times can be catalysts for creativity. As recruiters, we possess a wealth of data and real-world experience that puts us at an advantage. And, as businesses search for leaders, that experience becomes a marketable commodity.

Equally, recruiters must look to redefine our own niche, and provide a value proposition which cannot be replicated elsewhere.

Take, for example, automated CV parser systems. These technologies have been around for some time, but today they are seen as an increasingly mainstream option for businesses. Many employers are using in-house robots to screen applicants as standard practice; recruitment firms risk becoming spectators of their own obsolecence if they are unable to define a value offering beyond the scope of these widely-implemented tools.

The agile recruiters are those who adopt software platforms which respond to the demands of our changing world and provide an additional level of specialisation. Semantic search software informs results and produces the highest success rates of returning appropriate, elligible candidates; recruitment database software is enabling firms to harness Big Data with ease on their clients’ behalf. Cloud-based apps may be encroaching on recruiters’ traditional duties, but agile firms are understanding the need to embrace – rather than compete with – the influx of smart software.

It is said that anybody can get rich in a boom, but that only a talented investor makes money during a crash. In the same vein, recruiters should not see the challenges faced across their industry as any guarantee of hardship for their own operations. Employers and recruiters both remain largely positive in their outlook and, as we have previously covered, as many as one in four UK businesses held plans to take on new staff during the final quarter of 2016.

Whether such ambitions were fulfilled, it is still too early to say. But what this does tell us is that there is a prevailing sense of business as usual across many sectors, and that recruiters will have a vital part to play in allaying the doubts felt across every industry. From implementing recruitment software and achieving more accurate results for clients, to identifying niches in both employment and service provision as they appear, recruitment is most definitely embarking on some interesting times.

Results-Oriented Decision-making, and the Hidden Cost of ‘Free’