The web giant faced legal and logistical challenges with its recruiter software and ATS.

Web giant Google has announced that it will be “sunsetting” its Hire for Google recruiter software – essentially abandoning the product.

The California-based company announced that it was ending the service to focus on other aspects of the Google cloud portfolio. Google Hire will cease to operate in September 2020. The firm said that it will honour all existing service agreements until that date.

The announcement will come as a surprise for many – Hire only left beta in January of this year. It means that the lifespan of the service will clock in at a little under twenty months, when it closes.

So what went wrong?

Launched with The Promise of Easier Hires

When it launched Hire, Google said that it was simplifying the hiring process. The platform offered deep integrations with other areas of the Google cloud service.

And the branding aggressively targeted smaller recruitment enterprises, saying that Hire would offer a helping hand in a competitive marketplace. A moderate price-per-month of $200 – plus access to a range of software tools – meant agencies could operate on lower costs.

In reality, Hire focused mostly on the basics of recruiter software functionality, like candidate search, applicant tracking, email integration, and scheduling. The system was designed to appeal to businesses that wanted a no-fuss, off-the-shelf software solution to run their agency.

But the real challenges that Hire faced were not operational limitations, but legal ones.

With its market dominance as a search engine, Google faced antitrust lawsuits in the EU from market competitors. Rival job sites and recruitment software vendors claimed that Google was manipulating search engine page rankings to suppress competition. Indeed, one of the primary complainants, stated that it had lost 5 per cent of its usual traffic from Google searches since the search engine giant entered the recruitment market.

One of several ‘hidden dangers’ of Big Business SaaS

But the closure of the service will leave many of Google’s clients in a difficult position. The same smaller firms that signed up for simpler office workflows are now left to look for an alternative recruitment software provider at a moment of tight margins and higher competition for talent.

The situation highlights one of the key risks that often remains hidden when acquiring business software.

Larger providers may be able to stack the front-end of their value offering with cheap features.

But there is little redress for your enterprise when things go wrong. How likely is a global web giant to take your call when you need to communicate difficulties with their service? That depends on high up on their list of priority clients your business stands. If you are not on an equal footing, then you are liable to receive a “take what you are given” service once you are on board.

We call this concept “the Goldilocks zone”. Some providers are too small. Others are too big. The secret to success is choosing a provider which matches your business best – in terms of scale, scope, and operations.

And there is the grey area of intellectual property and data ownership, too. The Google Hire terms of service are very clear on this matter. Client companies own the data which they upload to the service. However, Google also permits itself to copy that data. It can then use your business data to run its own analytics. This new data is owned solely by Google itself – and may be used to develop new products.

When a low-cost-of-entry service like Google Hire launches, and requires users to share high volumes of business information, there is always a risk that the project may be used as a data mining exercise.

Clsoing the door on Google Hire

In a statement to its userbase, Google said:

“We’ve made the difficult decision to sunset Hire by Google on September 1, 2020. While Hire has been successful, we’re focusing our resources on other products in the Google Cloud portfolio.

We are deeply grateful to our customers, as well as the champions and advocates who have joined and supported us along the way.
Here are some important details to help with the transition:

You can continue to use Hire up until the end of your contract or September 1, 2020, whichever comes first.

Up until September 1, 2020, Google will provide customers under contract with support in accordance with the TSS guidelines and maintain the Hire product.

A number of experimental features that were not formally launched will be turned off within the next month.”

• Have you been affected by Google’s Hire announcement? Talk to eBoss and we will find you a recruitment software package that fits your business needs. 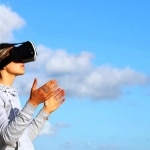 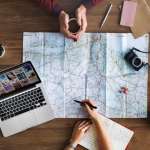