The UK government has revealed migration guidelines for EU and non-EU workers.

The new, points-based immigration system was revealed by home secretary Priti Patel this Wednesday (February 19th). It aims to level the migration playing field so that all foreign workers will receive equal rights.

The system will prioritise highly skilled individuals, while also setting a minimum earnings cap for all migrant workers. In most cases, migrant workers will also need to possess a verifiable offer of work before being admitted. Overseas candidates must demonstrate relevant skills and qualifications. The minimum earnings level has been set at £25,600 p/a.

Recruiters will be required to acknowledge and implement new rules by the time the UK leaves the EU area in January 2021.

Some exceptions to the migration red lines

This need was addressed earlier this week, with a quadrupling of the allowance on non-EU workers being admitted into Britain in time for fruit harvesting.

Most migrants will require a specific job offer. There will be exceptions for elite professions such as scientists and researchers, however.

Similarly, the bar has been lowered for the definition of ‘skilled workers’. Currently a skilled worker must hold a bachelor’s degree in higher education. Under the proposed changes, A level (or equivalent) will be considered sufficient to qualify as a skilled worker. This may assist professions such as elderly and social care source workers for notoriously hard-to-fill roles. As the so-called ‘babyboom’ generation reaches old age, the government is keen to ensure provision of service for a growing population of elderly citizens.

Other allowances were announced to ensure that EU citizens and non-visa nationals would gain admittance to the UK for stays shorter than six months.

It is difficult to gauge the overall impact of the new rules for the recruitment sector as a whole. On the one hand, specialist talent managers and recruitment firms are unlikely to feel the effects of new legislation. These organisations tend to source candidates for specific, skilled roles. Similarly, placements that require qualified workers will usually earn admittance.

On the other hand, recruiters who source general labour could be substantially impacted. The supply of low-cost labour has fed the UK hospitality, services, and elderly care industries for consecutive decades. Firms who cater to sectors which are not afforded a specific exemption may face obstacles meeting demand volumes. It means that agencies who have built their pipelines around incoming labour from continental Europe will be required to re-align their operations with the new rules prior to January 2021.

You can read the full government guidelines Here. 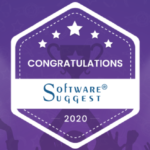