Another day, another case of suspected hiring bias.

This week, it has been the turn of the UK Government to fall foul to accusations of favouritism.

The appointment of one of Prime Minister Boris Johnson’s dining club friends from his university days has been put under scrutiny by many media sources.

Ewen Fergusson, who was once a member of the Oxford Bullingdon Club at the same time as Mr Johnson, beat 171 other applicants to secure a job on the anti-sleaze committee.

The situation has once again highlighted why tackling hiring bias should be every recruiter’s priority. Although, in this situation, the questions require an answer all the more urgently. Because it is transparency in public office which has been called into doubt.

A problem – but the solutions already exist

Most recruiters will be aware of solutions which already exist to tackle biases in hiring.

Automation and anonymisation are the two most obvious solutions. Each removes conscious or unconscious bias from the recruitment process and let employers prove that they are hiring in an honest fashion. But how do they work?

Very briefly, anonymisation removes all personal identifiers from an application. Data points like name, gender, age, post code, educational background can all be used to glean additional (and irrelevant) information about an applicant. Each can consciously or unconsciously sway an interviewer or selection board. By stripping a resumé of this data, the recruiter prevents unintended favouritism further down the hiring line.

Automation works slightly differently, but the outcome is much the same. By using an artificial intelligence in your recruitment software, agencies can automatically match the best candidate to any role. The process is simple: you open up your open job order. Click the “Match” button (or similar), and the system will analyse your entire database of candidates and draw up its own shortlist. This automation also ignores the same factors as an anonymiser. It may require resumés to be anonymised later, before handing them over to the interviewer. But it is the fastest way for an agency to produce a qualified shortlist which is also produced in a guaranteed fair manner.

Anti-bias hiring in the future

With solutions being so readily available, it is surprising how large a number of firms choose to ignore the issue. But this situation is likely to change in the near future. Changes to employment culture will eventually trickle down to all areas of the recruitment chain. And the many advantages of transparent hiring are also becoming apparent. In fact, the government appointment highlights why anti-bias hiring tools are needed – even when the process has been fair.

Why Some Roles Require Active Proof

The problem in this case is that suspicions of bias would naturally persist – even if the appointed candidate were the most qualified for the role. This is because of the sensitive nature of the position Fergusson was appointed too. But it is also due to his personal connections to the Prime Minister.

How awkward a position is this for a recruiter? You have found the perfect candidate, but you have unknowingly chosen a friend of the employer. There is little doubt that they are the best for the role. But how do you address the suspicion that your client has employed that candidate due to personal biases?

The good news is that anti-bias hiring tools work even when you’re honest. in fact, this is when they are their most valuable.

We often focus on the negative cases: where an ideal candidate is dismissed because of a foreign-sounding surname, or living in a poor area. But in positions of power or public responsibility, anti-bias solutions are doubly important because – sometimes even an honest appointment may carry the suspicious whiff of favouritism.

Still a sceptic? Re-think your position

Some positions require a public appearance of fairness and balance for the successful candidate to carry out their role. This is one such example of that.

When a person’s identity could undermine this public opinion – even if they are the most qualified candidate for the job – anti-bias mechanisms are required.

Were the appointment committee able to demonstrate that, in fact, all candidates were anonymised prior to selection, then bias could be refuted even in the most improbable of cases, such as this one.

Just because something is improbable, it does not mean it is impossible. There is every chance that Fergusson is the best candidate for the job. However, without anti-bias mechanisms in place, it becomes impossible to shake the suspicion of bias. 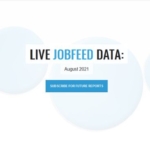 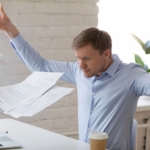 Is there a resignation epidemic? | UK Recruitment News
Scroll to top