• Demand for temporary staffing is on the rise. We look at new figures, and ask why advanced recruitment planning among enterprises might be informed by uncertainty, rather than preference.

• Teachers are abandoning Britain’s classrooms. We look at some of the ‘push’ factors helping them out of the door. We also see why the revolving door in educational recruitment is not necessarily a bad thing for consultants or their agencies.

With lingering doubts over the future of Brexit, employers are turning to temping firms to resolve staffing shortages.

A lack of certainty over the future jobs market is giving temping firms a boost, according to one new study.

The most recent Jobs Outlook survey by the Recruitment and Employment Confederation (REC) finds a rise in planned temporary placements.

New data for April 2019 finds agency worker acquisitions at a +3 net rating in the short term. The figure represents a ten point move on the previous month. Medium term expectations were also up by nine points to +1.

However, employers were less than enthusiastic about the availability of skills within the temporary staffing sector. More than one third (34 per cent) of those hiring temporary staff said that available skills were insufficient.

In addition, permanent hires remained the favoured option – for the long- and medium-term. A net score of +19 of all employers stated that they were set to expand their permanent workforce.

So if the appetite is there, why the sudden shift towards short-term staffing?

The most obvious cause is that old chestnut: a shortage of permanent applicants.

Nearly half of UK employers told the REC that there was a concerning unavailability of permanent-hire candidates. The industries most impacted by the staffing shortage were health and social care, and engineering.

Is brexit behind spike in temporary hires?

The marked change in employer outlook may also be tied directly to the ongoing brexit debate.

March was the expected end date for negotiations. It is safe to say that most business leaders probably expected to have seen a lasting resolution by this point. Many will have planned accordingly, with a March 31st exit date built into their schedules. The last minute extension of the exit process may therefore have caught many enterprises off-guard.

This sudden shift towards temporary staffing solutions may therefore indicate a stop-gap solution rather than a longer-term trend. The fact that many business leaders are acknowledging the shortage of requisite skills in the temping sector would lend credibility to the theory that it is not their first choice solution.

We should not neglect factors beyond brexit, though. As Britain re-evaluates its place in the global market, it is looking at its employment rights laws. Many key points of legislation are set to undergo revisions in the next twelve months. IR35 tax statuses will change the way clients appoint contractors in the private sector, from next April. And, as we reported last week, an end to Swedish derogation rules may likely to find favour among temporary staffing providers. As we raised at the time, there are concerns that permanent placement specialists may lose out if temporary employment rules are relaxed in 2020.


• Read more: What is the Swedish derogation and how will it impact permanent placements?


Ongoing doubts over Britain’s future in the EU may therefore have simply compounded existing issues among employers.

Permanent recruitment in a hold pattern

While figures for April might appear to imply that employers are abandoning permanent hires, then, there is another story below the surface.

The demand for long-term skills acquisition is evidently still strong. But enterprises are using more diverse channels to secure these skills.

Four in five employers stated that they would expand upskilling and training for existing staff in 2019. As the recruitment market remains lean, internal skills sourcing is becoming increasingly valuable to decision-makers.

A similar number (approximately 80 per cent) of businesses believed that their existing workforce was already at full output capacity. This would imply that – within these companies – there is little room to upskill or re-train. In these instances, recruitment must naturally be the next option.

In other areas, more than half of businesses aimed to improve inclusivity and diversity throughout 2019. 70 per cent of businesses aimed to implement an equality programme this year. 58 per cent intended to improve flexible working conditions. Workplace flexibility is seen as one of the most important factors in improving equality and gender balance.

Why Teaching talent is leaving the classroom classrooms

The UK is set to lose a fifth of its teachers within two years. Poor pay and workplace stress are among the factors causing many teachers to look for the exit.

Challenges to teacher recruitment may soon become even greater, according to one new poll.

A survey by the National Education Union asked 8,000 teaching and support staff about their career intentions over the next five years. It learned that close to one half plan to leave the education profession within five years.

The data will be a warning sign to recruiters and the government as staffing shortages continue to impact British schools.

When questioned about their personal career ambitions, nearly a fifth (18 per cent) of teachers stated outright that they would leave the profession within the next two years. When the scope of the study was extended, it learned that a staggering 41 per cent of teachers hope to quit education before 2024.

The full breakdown of the data can be seen below:

Highest among the push factors motivating teachers out of the door was the heavy (72 per cent). Out-of-hours duties, such as lesson planning, marking, and research extend the working day of educators – often by many hours. 58 per cent of those surveyed believed that teaching had negatively impacted their quality of life in the past year. Just 12 per cent thought that their work-life balance had improved since starting to teach.

The next greatest problem was job satisfaction, with “excessive accountability” leading to a demoralised workforce. Over half (51 per cent) of those surveyed were concerned by the level of external auditing and examination. Meanwhile, four in ten (41 per cent) of educators said internal accountability had ruined their teaching experience.

38 per cent of teachers felt their work was undervalued; the same number reported a poor working relationship with managers.

This is one area where a review of people management policies may see improvements in retention rates.

When it came to individual subjects, engineering once again proved a difficult area of education. Teachers of STEM subjects (science, technology engineering, maths) were 87 per cent more likely to leave education in the next five years than their colleagues.

This seemingly standalone statistic may in fact highlight one explanation for the current revolving door in teacher recruitment.

STEM skills are in high demand across all sectors. It may simply be the case that today’s teaching professional sees themselves as tomorrow’s business leader. Certainly, eucation is no longer seen as the ‘job for life’ profession that it once was.

There is also the factor of workplace incentives for teachers. The UK government provides a student loan reimbursement programme for certain teaching roles. The scheme is intended to attract qualified professionals to understaffed posts by covering the costs of student loans.

Currently, the scheme is offered to STEM subjects and modern languages teachers. It allows teachers to receive back the cost of their own education, within the first five years of their teaching career.

Essentially, a temporary, five-year teaching career may provide a cost-effective way of neutralising a sizeable student debt. While the situation could contribute to falling retention rates in our classrooms, recruiters should note the financial incentive. If it proves sufficient to draw talent into the sector – albeit temporarily – then it might provide an attractive incentive for agencies engaged in graduate recruitment, too.
The list of local authorities which participate in the scheme is available in the link above. 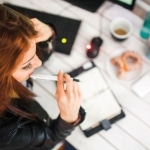 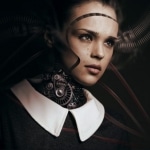